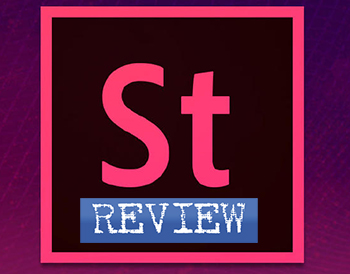 There was a time not too long ago when photography was an industry where only an elite few had the ability to make a substantial living. That was about 30 years ago. Fast forward 15 years and we begin to see several microstock agencies pop up all over the Internet.

This turned the photography industry on its head as these microstock agencies were purchasing stock photos from photographers all over the world. A new age of digital photography was born.

When we look at the microstock agencies now, their libraries average over 40 million images.

To give you an idea of where Adobe Stock came from, we have to dig back a little further and talk about the inspiration for Adobe Stock: Photoshop.

The People Who Brought You Photoshop

A disconnect existed within the audiences of these microstock agencies. The people behind the most famous digital photo manipulation software Photoshop, Adobe, never offered a photo library of their own. Instead, Photoshop users had to import images into Photoshop from external sources. Although they could import photos that they took with their cameras, most of them chose to purchase stock photography from these microstock agencies.

Catering to the Creative Professional

Adobe has always had a different and unique audience. As the forerunner for digital creation and manipulation software, the majority of Adobe’s audience has always consisted of creative professionals. Creative professionals who have always used Photoshop were all-too-familiar with the fact that Photoshop is useless without importing raw material to work with in the form of a digital image.

Before the advent of cloud computing, Adobe’s software had to be paid for upfront before Adobe licensed it to an end user. That meant an investment of well over $1000 for single program – and people always bought more than just Photoshop. This equated to an investment of thousands of dollars.

Thanks to cloud computing, Adobe changed their business model to make their software much more affordable for the average user. This Increase their user base by putting the possibility of becoming a legitimate paying user of Photoshop into the hands of people who don’t have a budget of thousands of dollars to invest in Adobe’s Photoshop software.

Adobe no longer packages their software in neat little boxes for customers to purchase outright. Adobe now offers their software under the acronym, “SAAS,” which stands for, “Software-as-a-Service.” This allows them to charge a mere $20 per month for access to Photoshop. The difference is that access to Photoshop became a monthly obligation rather than purchasing it the software upfront and having that feeling of ownership.

Adobe integrated every one of their software titles into this new business model. Users were now required to create an Adobe account with their own credentials to sign in and use Adobe software. When Adobe rolled the service out, they called it the Creative Cloud.

The Acquisition of Fotolia 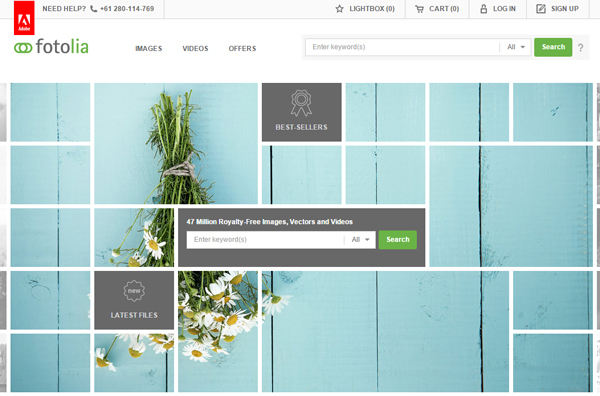 Adobe’s Creative Cloud was still missing the fundamental disconnect between photo manipulation software and the source of the photos. Adobe recognized this and went on the hunt to close the gap. In December 2014, they offered to purchase Fotolia for $800 million in cash. They now had access to an entire library of stock photos at their disposal. It took Adobe another six months to roll out Creative Cloud’s newest addition. In July 2015, Adobe introduced Adobe Stock (click here for Adobe Stock review from Stock Photo Secrets).

In the midst of Fotolia’s acquisition, Adobe made a genius business decision. Even though Adobe already had their Creative Cloud, they chose to do something unconventional. Under normal business expectations, Adobe was initially expected to dissolve Fotolia and integrate them into their Creative Cloud. Adobe decided against this and had since allowed Fotolia to exist as a separate business entity.

People don’t like change. Adobe read into that and decided that it would do more harm than good to force people to close their Fotolia accounts and migrate over to the Creative Cloud. By allowing Fotolia to exist separately from Adobe, the value of the company skyrocketed.

Adobe Stock is a new service. It took Adobe six months from the acquisition of Fotolia to roll out Adobe Stock. It makes sense – Adobe Stock is not a program to be utilized separately from Adobe’s current software titles. Adobe had to fundamentally change how each software title worked so that they could integrate Adobe Stock into their software.

The Integration of Adobe Stock

The result was phenomenal. This new change enabled users of the Creative Cloud to acquire new photos from directly within their application. You see, the previous method of acquiring new photos from stock photo agencies was a tedious one. Users had to log in to their account with a third-party microstock agency. Once they found a photo that they were satisfied with, they had to purchase a license and download it. Only after the photo was saved to their computer were they given the option to import the photo into Photoshop to edit the picture.

Adobe turned this method upside down. By integrating Adobe Stock directly into their software titles, users can now shop for, purchase, download and import these photos without ever leaving the app. This new process enabled creative professionals to save hundreds of hours when working with their images.

Adobe has been planning a grand reopening for their users for quite some time. As Adobe’s newest software change in years, Adobe faced the task of spreading the news. With Photoshop and other software titles being much more affordable than they were in the past, coupled with the integration of a stock photo service built directly into the program, Adobe successfully more than doubled their customer base in a relatively short amount of time.

Get 10 Images for Free 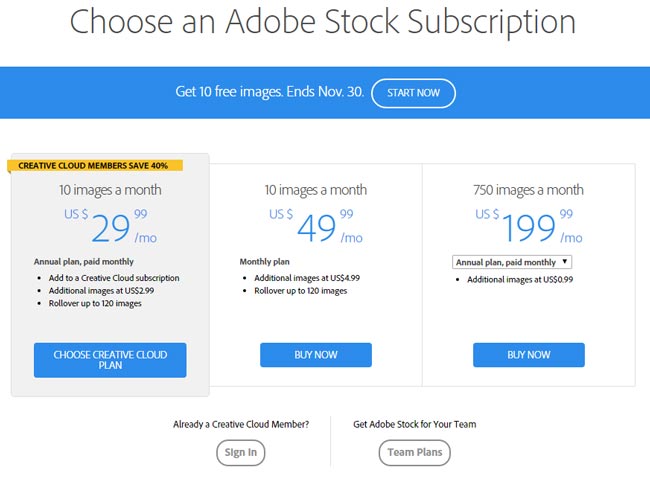 Adobe’s Grand Opening is still going on – but not much longer. Right now, you can get 10 images from Adobe’s stock library free of charge simply by creating a Creative Cloud account and adding Adobe Stock to your account.

Despite the incredible value the stock images added to any marketing strategy or to the projects of these creative professionals, people have arrived at the consensus that stock images are not cheap. This is especially true for services that provide libraries of quality. Adobe knew that if they did not purchase a quality library, the acquisition and significant operational change would hurt them more than it would help. Needless to say, the proof is in the pudding – Adobe Stock has a unique library with nothing more than high-quality photos.

The 10 images that Adobe is offering will not last forever. It is a limited-time offer as part of their grand reopening with Adobe Stock leading the way.

Bundle Services and Save

When you sign up for a Creative Cloud account, you’re given the option to bundle one or more of their software titles along with Adobe Stock. If you do the math, you’ll discover what an incredible deal this is. As part of the Creative Cloud, Adobe is offering Photoshop for $20 a month. By adding that to your Adobe Stock subscription, take special notice at how the pricing for Adobe Stock changes. By itself, Adobe Stock is not cheap. By adding one of their software titles, you may notice that Adobe will steeply discount Adobe Stock. In the end, you may actually be paying less by bundling services than you would if you were to sign up for Adobe Stock alone.

Adobe has a unique library thanks to Fotolia. However, their library would not be what it is today if it weren’t for the contributions of stock photographers.

The Life of a Stock Photographer

In this age of digital photography, just about anyone with decent photo editing skills can take pictures and add them to microstock libraries. Many people will tell you that it’s not worth the time or effort. You can spend several hours on photo editing procedures before they are ready for library submission. On top of that, microstock agencies will not pay the photographer for ownership of the photo. Instead, when a customer purchases a license on a stock photo, the microstock agency will pay the stock photographer a royalty fee.

As you explore the Adobe Stock website, you may notice that there is a little link at the bottom that takes you to a contributor’s page. They will tell you that you may submit your photos for inclusion in the Adobe Stock library, but you must go to Fotolia to do it. Once you go to Fotolia, simply create an account and start submitting your work.

Now that you know all about Adobe Stock, its history, where it came from, and what it is, the only thing left for you to do is to pay them a visit. Take a minute and browse their library. Then compare it to any other microstock agency. You’ll notice that Adobe chose Fotolia strategically.

Adobe’s customers are primarily made up of creative professionals. Adobe catered to this and chose a library with a special artistic flair. When you’re there, simply create an account. You won’t be disappointed. Then, tell a friend about it and spread the word.